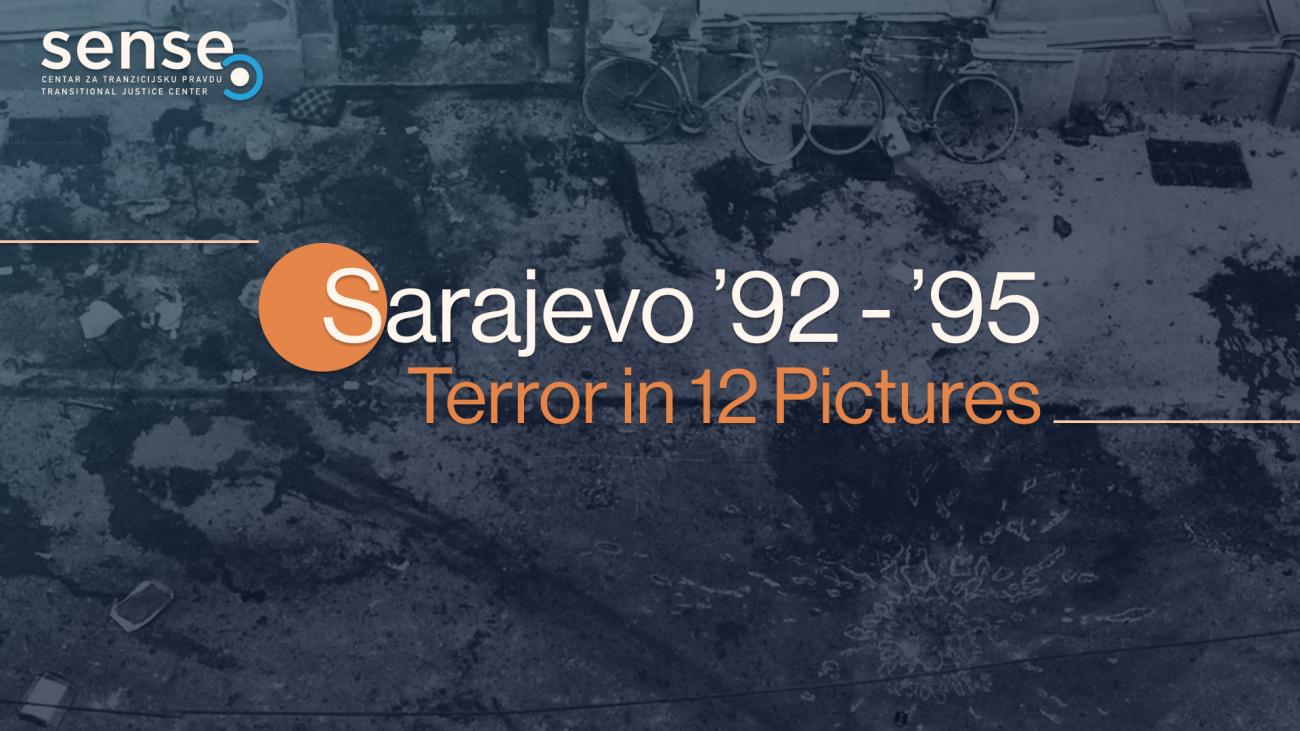 SENSE Transitional Justice Center presents a new interactive narrative called "Sarajevo '92 -' 95: Terror in 12 Pictures" to mark the 30th anniversary of the start of the siege of Sarajevo, the capital of Bosnia-Herzegovina.

The narrative sets out the way the International Criminal Tribunal for the Former Yugoslavia (ICTY) reconstructed the 44 months-long campaign of artillery and sniper attacks terrorising Sarajevo, which were planned and conducted with the aim to hold its civilian population in a permanent and extreme state of fear of death.

It contains the testimonies of witnesses who survived shelling and sniping attacks, medical doctors and nurses who were helping the victims, investigators and ballistic experts who inspected crimes scenes, Sarajevo firefighters, UN peacekeepers, and international war reporters and other witnesses who appeared at Sarajevo trials before the ICTY. Over a thousand news reports by SENSE covering these trials are accessible on this website.

In addition to the testimonies, the narrative exhibits a selection of videos and photographs made during the siege, written orders by the HQ of the Bosnian Serb Army and the HQ of the Sarajevo-Romanija Corps, UN and ECMM reports about the attacks, records made on the crime scenes, TV reports, as well as all judgments delivered by the ICTY against political and military leaders accused of running the terror campaign against Sarajevo and its people.

The narrative includes only documentary videos and photographs which have been admitted into evidence by the ICTY trial chambers.